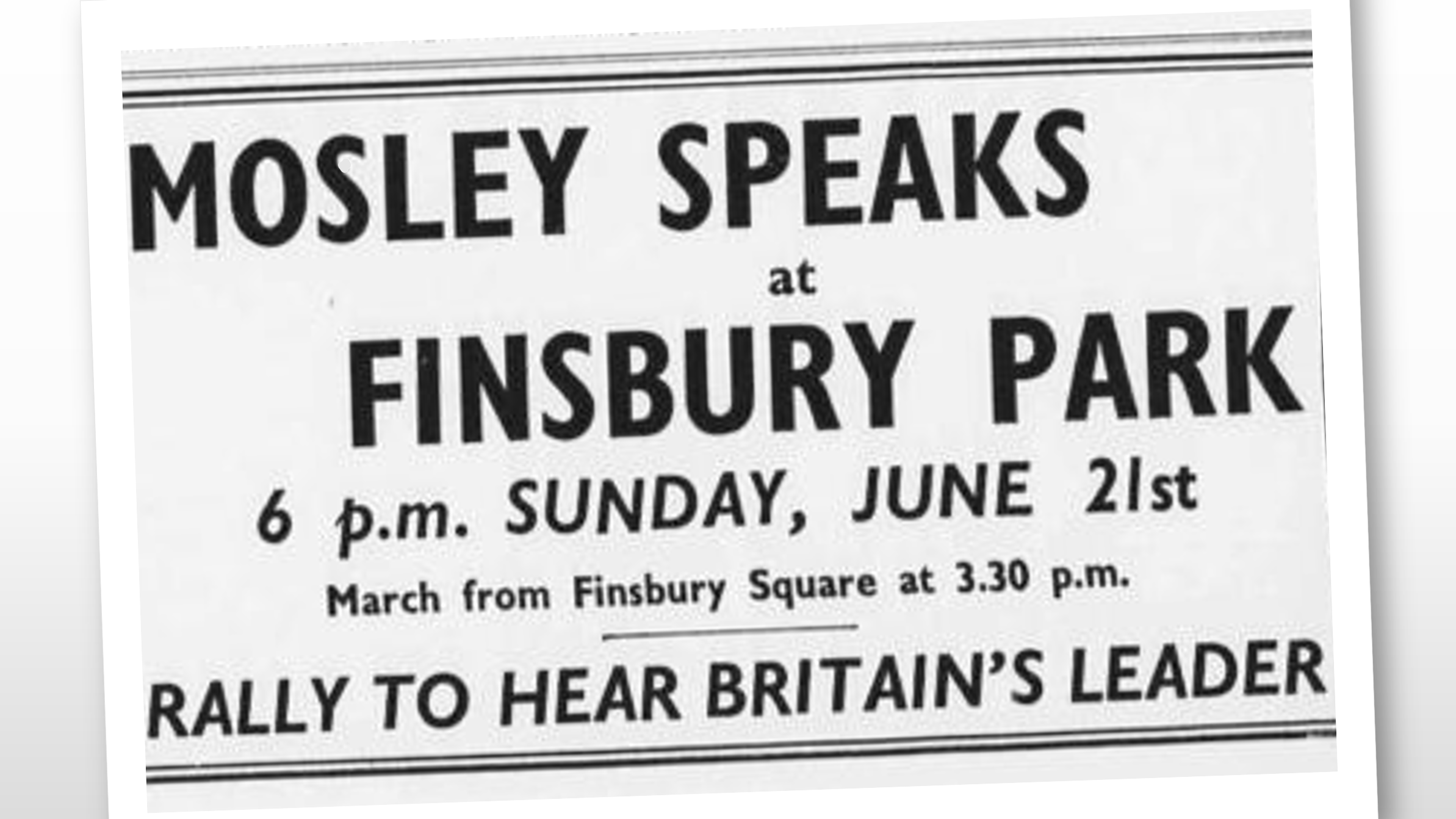 In this Heritage Talk, historian Dr Paul Jackson reflects on the role of Finsbury Park in the 1930s, with Oswald Mosley's rallies and the Kibbo Kift anti-fascist counterdemonstrations in an era of public unrest.

Above, Mosley marching to the Finsbury Park rally on 21 June 1936.

This talk was part of 2NQ's People + Heritage programme in the Finsbury Park area in 2019-20, supported by the National Lottery Heritage Fund and Haringey Council.